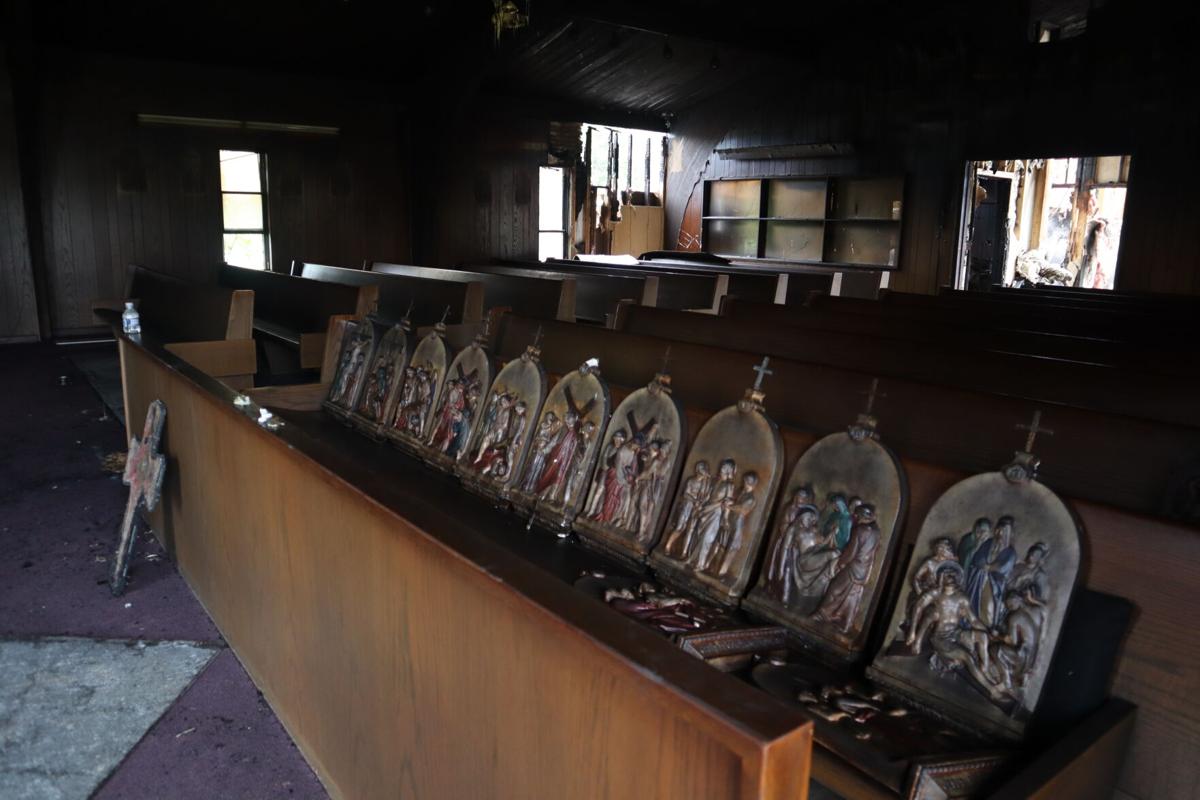 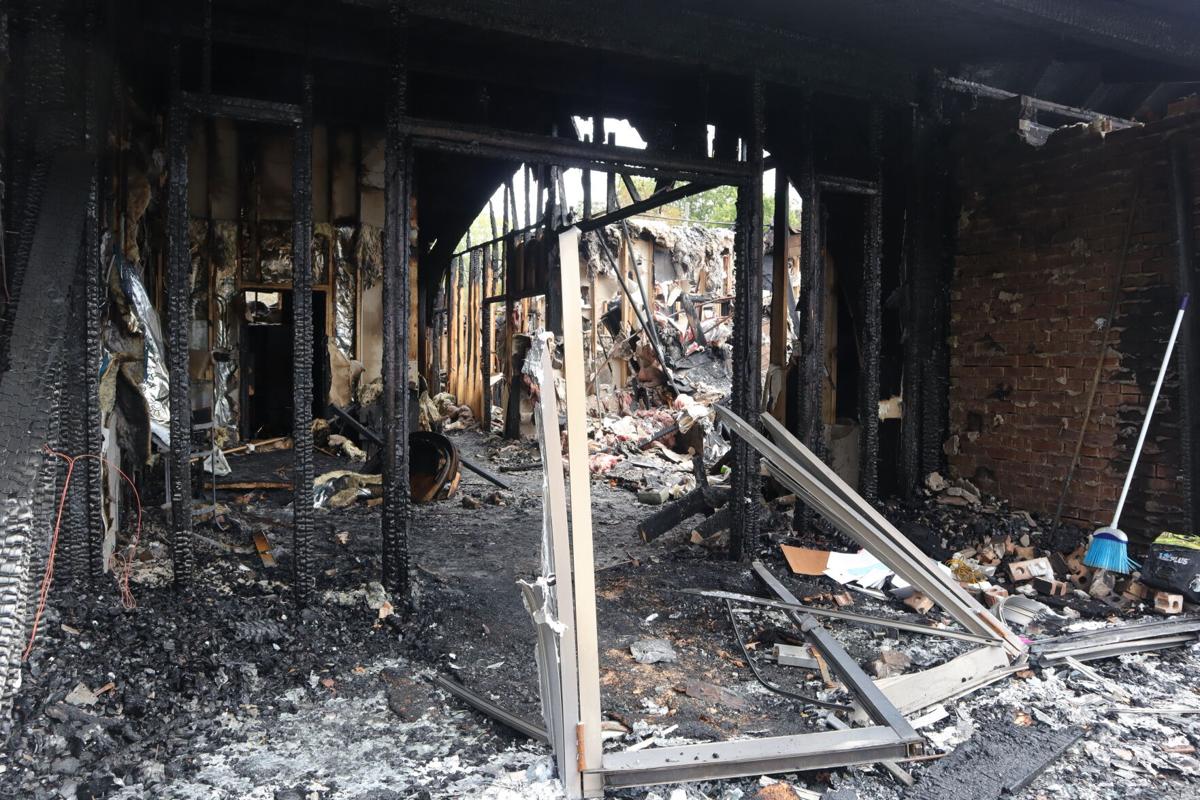 HARRISVILLE, W.Va. – In the early hours of Oct. 2, the community of Ritchie County endured a tragic loss. The Catholic Church, Christ our Hope, on Plum Alley, was destroyed by a fire that started in the attic.

According to sources, electrical issues likely caused the fire that completely wiped out the kitchen and parish hall – including all the chairs and tables – as well as the majority of the three-bedroom apartment. It was Father Shinto Matthew’s home for two months after he moved to West Virginia last winter from India.

He currently lives in the church apartment of Saint John’s Church in St. Marys, where he also holds mass. He moved to St. Marys after the priest who lived in that apartment took a medical leave.

Cherished items like the crucifix and the statues of Mary and Joseph were found without any damage. Joe Garrett was also able to salvage two candlesticks and the tabernacle. He crafted both items for the church. Catholics believe that the tabernacle houses the body of Jesus in the form of unleavened bread. Further, records in a metal filing cabinet also survived. Matthew explained that the roof that collapsed onto the filing cabinets shielded the records from fire and water damage.

The first member of the church who was notified about the fire was Garrett. Someone who lives close to the church called him around 3 a.m., which prompted Garrett to call Matthew and fellow parishioners Bill and Georgette Healy.

“We arrived a little bit after 3 with coffee," Georgette Healy said. "There was nothing we could do but watch the church go up in flames.

She noted she is very thankful for all the fire departments who responded to the call and their hard work. She said that the congregation is the heart of the church and not a building, but the tragedy still saddens her.

According to Healy, her friend raised all her children within Christ Our Hope and celebrated many holidays and special occasions like weddings there. The church has been the center of the congregation since November 1980.

“Thankfully, nobody was hurt by the fire, but many hearts were broken," Maria Barba, a member of the church for eight years, said.

Barba was worried when she learned of the fire that she may have caused it since she was the last one to leave the church Friday.

Healy said that church fire is not only a significant loss for the Catholic community of Ritchie County, but also for the whole community, as several local groups like Alcoholics Anonymous met there. People also came to practice Tai Chi and Yoga.

Saint Joseph’s chapel in Pennsboro will be the home for the parish until the fate of the church building in Harrisville is determined by the Diocese of Charleston-Wheeling. When the Ritchie Gazette met with Matthew and a few parishioners, he did not know if the church building would be rebuilt.

“I am not losing hope and trust in God,” Matthew said.

He thinks that the building will be torn down soon.

To some Catholics in Ritchie County, mass at Saint Joseph's will be like a homecoming. Some church members previously attended mass there before the Diocese decided to close several Catholic churches in Ritchie County and build the church in Harrisville.

The century-old Saint Joseph’s chapel has been used just four times a year for special occasions. In September, the parishioners prepared the chapel for visitors on a pilgrimage for the year of Saint Joseph. Barba said that she loves how beautiful the chapel is inside, but she will miss not having a parish hall for gatherings after mass.

“We used to gather every Sunday after mass, and there was always coffee and cake,” she said.

And, despite being saddened by the fire, she is hopeful that the tragic events might have a positive outcome.

“Maybe the Pennsboro Women's Club will open their doors for us so we can gather there after Sunday mass," she added.