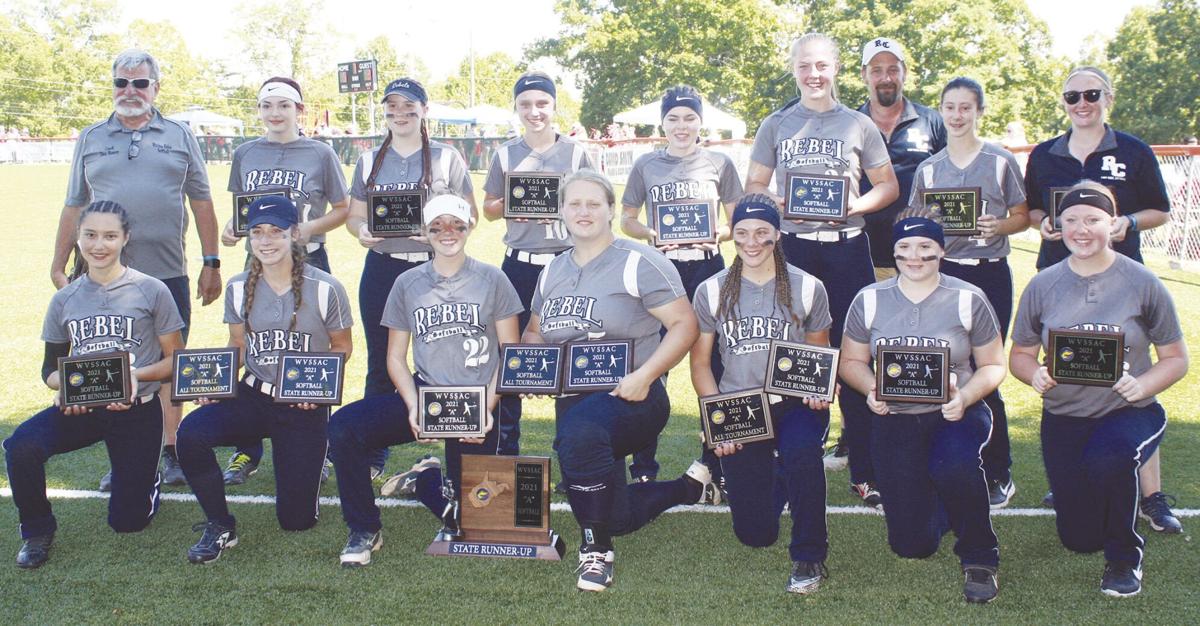 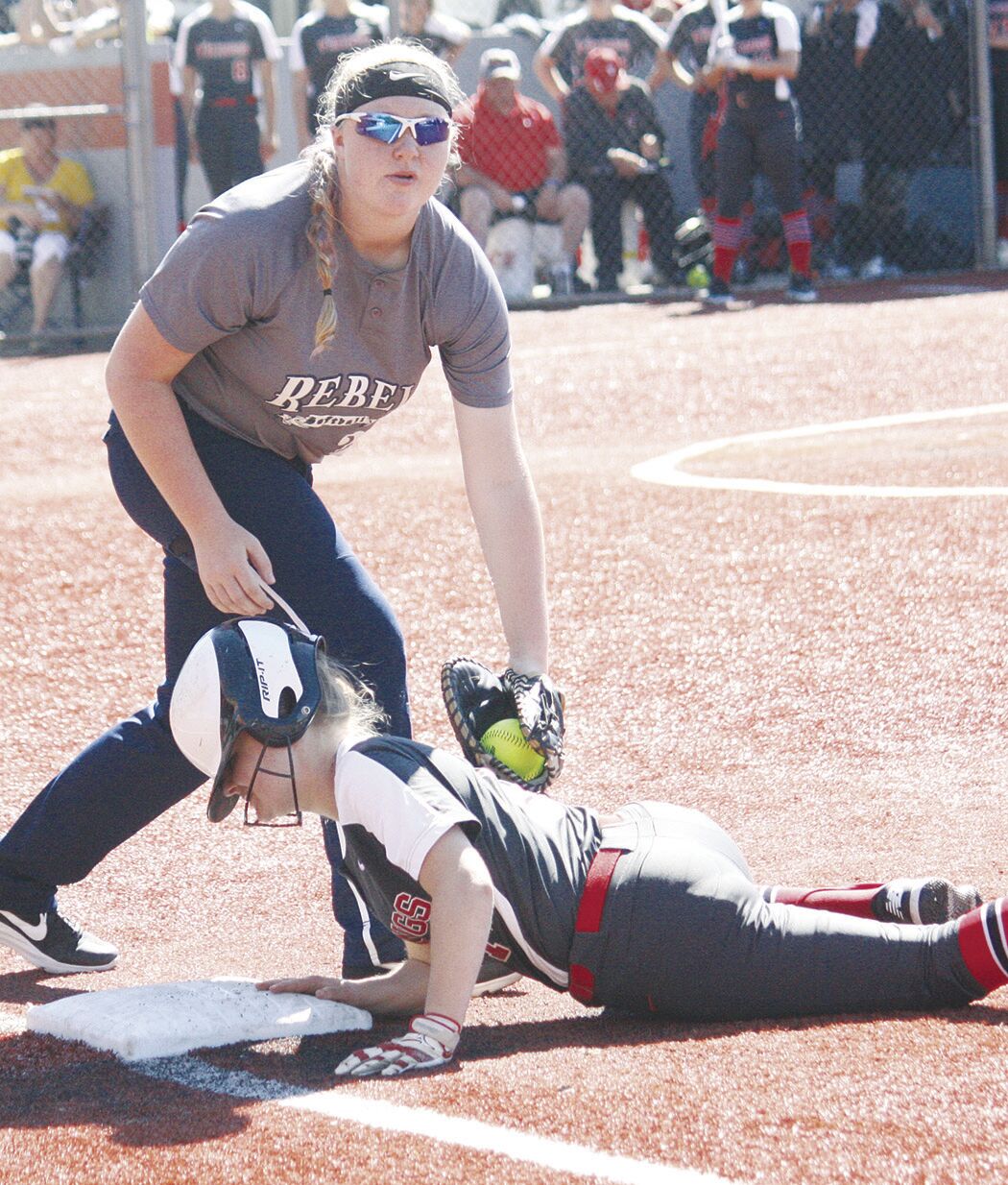 The fifth battle of the season between the teams, Wahama contributed a trio of runs in the third inning which proved the deciding factor in the Lady Falcons claiming their first-ever state championship, 5-3, on June 23.

The Lady Rebel bats were alive and the girls counted two runs in the top of the initial frame.  Alyvia Pittman garnered a hit to begin, Marissa Jeffrey then had a fielder’s choice which put Pittman out at second.  Chloe Elliott was hit by a pitch, followed by Olivia Dodd’s single to center, sending Jeffrey home.  Jayci Gray was also hit by a pitch and Lillie Law found base on another fielder’s choice that loaded the path.  A walk to Maci Ireland allowed Dodd to return for the score prior to the last out.

Two singles by Mikie Lieving and Emma Gibbs resulted in runs for the Lady Falcons in the bottom of the first, deadlocking the total at 2-2.

In the third, Ritchie County had lead-off Elliott walk, Dodd single and Gray hit; however, Dodd was out at second on the fielder’s choice.  A pair of 5-3 plays then finished the side.

The bottom of the inning is where Wahama took charge and plated three runs to gain the upper hand.

A double was given to Pittman in the fourth, but she ventured no further.

Elliott’s single in the fifth resulted in a Ritchie County run, as courtesy runner Kiarra Weekley rounded the diamond to score, making the total also the final at 5-3.  The Lady Rebel had the chance, leaving bases loaded once more.

In the seventh, Dodd singled and made it to third, and Ireland was hit by a pitch, but both were also marooned and a strikeout closed the contest.

Offensively, Ritchie County doubled up on the Lady Falcons, as the Lady Rebels supplied 10 hits and left 11 on base in the loss, compared to Wahama’s six hits and five remaining on base.

Coach Dave Mossor, who has served 37 years as the Lady Rebel skipper, said after the tournament, “We got as far as we anticipated.  The girls wanted that.  In extenuating circumstances, we could have beat Wahama.  I had to try Lillie Law (as pitcher), to see what she could do.  I made the mistake of putting her in at top of the line up, instead of bottom.  Chloe did a commendable job and I am proud of those girls.”

“Hitting top to bottom was good.  You have to have defense to win championships.  There were a couple of breakdowns, but I cannot remember having as young an infield and as good of an infield,” said Mossor.  “

“In 37 years and on the state committee two different times, I would have loved to watch the AAA and AA games, but couldn’t due to the venue.”

Mossor did commend his assistants, stating they were two of the best – Eric Burgess and Abby Davis.

“I didn’t have to do anything.  I got fields ready and did organization throughout the season, and when it came time to hitting and playing the game, they know it.  Eric is as professional as they come.”

Wahama kept its record unblemished, finishing the season with a 27-0 record.